Is Standing for 8 Hours Or All Day Bad for You?

In fact, various studies indicate that you’re at a greater risk of developing chronic illnesses such as cardiovascular disease from prolonged standing compared to sitting in your chair for many hours.

Why Is Standing for 8 Hours Bad for Your Health?

Well, for many years, countless studies have been primarily focused on documenting the harmful effects of prolonged sitting at work. This is because sitting for extended periods has been associated with numerous issues such as cardiovascular complications, obesity, diabetes, and even some cancers.

However, little attention is being given to prolonged standing while on the job, despite several studies linking it to various chronic complications. According to recent studies, [1] standing for long all day – usually, up to 8 hours or more, is twice as bad as sitting for your heart.

Research also indicates that when you stand for hours, you increase your risk of cardiovascular disease.

According to one study [3] led by Dr.Peter Smith, a senior scientist, standing for long periods leads to blood pooling in the legs.

Due to poor blood flow, there is increased pressure in the veins as well as an increase in oxidative stress, which raises the risk of heart disease in people.

It has also been found to cause birth complications in pregnant women.

With millions of workers whose jobs require them to stand all day without being able to walk or sit during their work shifts, this is bad news for them.

These are people who spend more than ¾ of their workdays standing.

When we talk about prolonged standing, we are not talking about just two hours. Office workers who switch between sitting and standing are not in any way at risk of any of the above-mentioned complications.

It only becomes an issue when they spend more up to 8 hours on their feet.

Proof of the Health Effects of Standing for 8 Hours

One interesting study [4] published in the American Journal of Epidemiology found that jobs that demand standing for a very long time could actually be worse for your health compared to those that mostly require sitting.

In the study, the researchers who were lead by a team from the Institute for Work and Health in Toronto studied 7320 people (half women and half men) for an approximately 12-year follow-up period (between 2003 and 2015).

According to the study, workers whose occupations involved predominantly standing were associated with approximately a 2-fold risk of heart disease compared to those whose jobs required predominantly sitting.

Based on the research evidence, workers who prefer working while on their feet over sitting should actually think twice about ditching their chairs. The risk is just too much to be ignored.

Is a Standing Desk Harmful to My Health?

If you already have a sit-stand desk, you’re probably wondering whether it’s an actual health risk after learning about the effects of prolonged standing.

Well, the simple answer is: No. A standing desk does not put you at risk of heart disease and other health issues associated with standing for too long. As long as you’re alternating between standing and sitting at work, it shouldn’t be an issue.

Experts agree that you should spend half of your workday sitting and another half standing. Ideally, you should switch between the two every 15 to 30 minutes.

According to Jack Callaghan, a professor in Waterloo’s Department of Kinesiology, people should stand for at least 30 minutes in order to reap the benefits.

Since sit-stand desks are height adjustable, make sure you set yours at a comfortable height level to avoid more health issues such as slouching and back pain. Also, keep a chair close by so you can alternate as needed.

How Can You Reduce the Health Risks?

If your job requires you to stand all day, there are various measures you can take to reduce your risk of the above-mentioned health complications.

The first suggestion is trying to alternate between sitting and standing at your desk. This is only possible if you have a height-adjustable desk.

Doing so will ultimately minimize the need of having to spend the entire day on your feet.

It’s also important to adjust the height of the work desk according to your height. This will help ensure that you’re able to carry out your tasks in well-balanced body positions.

It’s also important to ensure that your workspace is well-organized. There should be enough room to move around the desk and change body position frequently.

If possible, the desk should have a built-in foot rail or portable footrest to allow you to shift all of your body weight from one leg to the other.

Another good idea is to keep your body weight on the balls of your feet while keeping your knees slightly bent. This helps reduce strain on your hips and knees.

You should also avoid extreme bending, twisting, and stretches to avoid further complications.

Still, experts argue that there are no specific reasons why workers in different occupations should stand for hours. They would still perform their duties effectively when they stand and then sit for a few minutes, alternating between the two. For this reason, chairs should be provided to these workers.

Additionally, incorporating some workouts for a few minutes during your lunch break can help reduce the risks that come with sitting for many hours to by great extent. Exercise will also help you lose some pounds.

Is Standing for 8 Hours Good For You?

No, carrying out your duties on your feet all day at work for 8 hours is not good for you. It actually increases your risk of heart disease, fatigue, muscle pain, and other health concerns. You should reduce the amount of time spent standing. Even better, it’s healthier to alternate between as this can make a really huge difference.

How Long is Standing Too Long?

At least 4 or more hours per day or continuously standing for over 1 hour is considered excessive. You should aim for at least 2-4 hours a day or at least 30 minutes continuously.

How Many Hours of Standing is Healthy?

Experts recommend you stand for at least 2 hours a day, although 4 hours per day is also considered optimal.

How Many Calories Do You Burn Standing Up for 8 Hours?

You can burn anywhere between 100 to 200 calories per hour. When you stand for 8 hours, you’re likely to burn between 800 calories and 1600 calories. However, this entirely depends on your age, weight, sex, and height.

Prolonged standing is just as bad as prolonged sitting. Based on various studies, sitting for extended periods at work is actually twice as bad.

If your job demands working while standing for many hours, be sure to follow the health above-mentioned suggestions in order to reduce your risk of developing chronic heart complications and other health concerns. 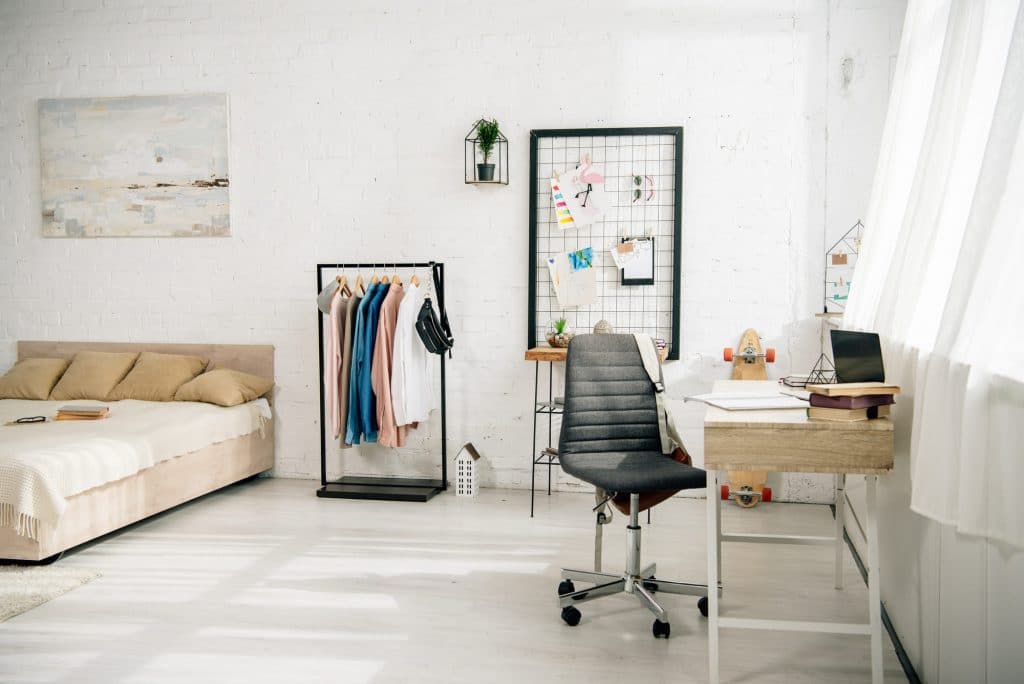 Work from home is never easy. Having a peaceful workspace is essential for concentrating on work and productivity. The constant disturbance from other family members,… For many people, the thought of mixing up your work and sleep spaces may seem odd, but it can become a necessity in certain situations. experts… Since the quarantine has changed our lives, so have our work priorities also changed. The roll-top desks that seem outdated are becoming almost a fashion…